This week’s guest on the Imperfect Podcast is opera singer and actor Derrick Davis. Derrick is currently starring in The North American Tour of The Phantom of the Opera as The Phantom.  The grueling pace of a touring Broadway actor is no joke. Derrick shared his journey with us including the intense audition process it takes to land a role on Broadway. Having been hand selected by Andew Lloyd Weber himself Derrick remains humble to his roots and is so thankful for the wonderful fans that have supported him along the way.

Other roles for Derrick Davis include the Broadway production of Disney’s The Lion King understudying the roles of Mufasa and Scar as well playing Mufasa in the National Touring company of The Lion King and the Las Vegas production. Derrick has 2 albums available online, “A Christmas Journey” featuring holiday favorites and his all original project “Life Music.”

Keep up with Derrick Davis online:

Landing The Role of Mufasa in The Lion King

Auditioning for a Broadway Role

A low point for Derrick

“Phantom of the Opera is a beast”

Life on the road 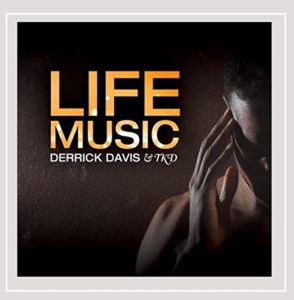 Have more questions for Broadway Actor Derrick Davis? Let us know in the comments and we’ll make sure to answer them!