This week’s guest is Jon Foley from the Las Cruces Film Office in New Mexico. We met Jon at the American Film Market in 2017 and decided to pick his brain on why filmmakers should contact a film office for their next movie. Many filmmakers don’t realize the benefits working with a local film office can have including incentives, locations and a local crew.  Filming in a location like Las Cruces may surprise with its vast landscapes, mountains, deserts and miles of pecan trees.

Jon Foley began his journey into film & video production at the age of 11 in Las Cruces, New Mexico. His path has had many detours; Digital Video Content Manager for an online ethical hacking university, video production company owner, 1 feature and countless smaller projects as a Director of Photography, Producer of short films premiering at festivals like Festival de Cannes, Brussels Short Film Festival, and Hollyshorts, viral content creation (5+ million views across the web), landscape photographer, and the list goes on. Currently, he is the Film Liaison for Las Cruces and has his full attention on bringing more film and television productions to his area.

Have an interesting story about working with your local film office or film commission? Share it with us in the comments

Keep in Touch with Jon Foley

What is the Las Cruces Film Office?

What are the benefits of filming in Las Cruces?

What are the qualifications for shooting in Las Cruces?

How does the film rebate work?

How do you acquire locations?

Fun Fact: The car crash in “Due Date” was filmed in Las Cruces 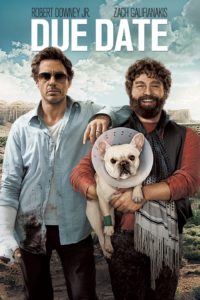 What has been filmed in New Mexico recently?

How did you get the job as a film liaison?