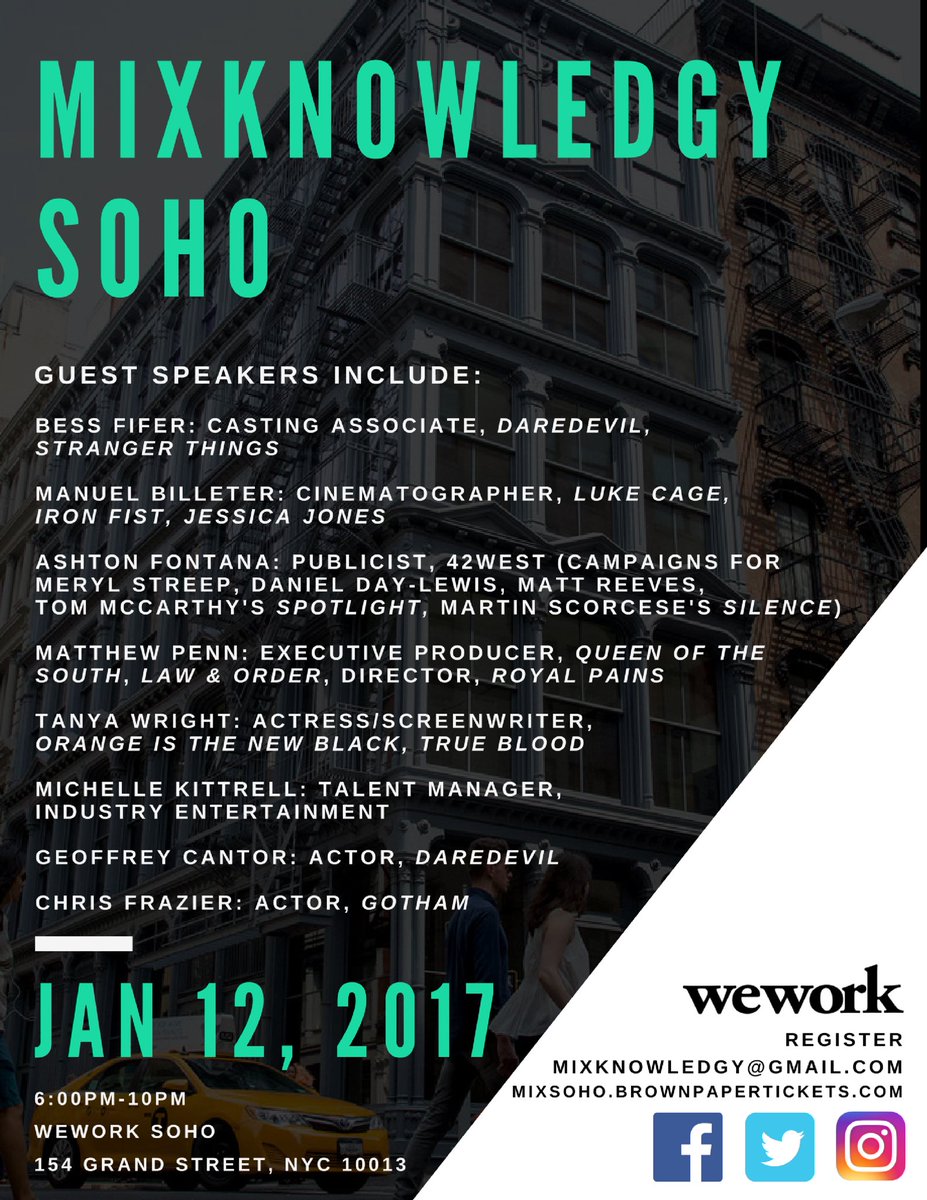 MixKnowledgy is a unique social experience that combines elements of a mixer & a forum. This event in SOHO New York was run by Co-founders Erman Baradi & Brandon Waites. They invited Heckler Kane Creations to capture the event so everyone can share in the knowledge.

This event featured TV and film casting agents, publicists, actors, producers and directors. MixKnowledgy puts together events for film, TV and entertainment professionals coast to coast and now internationally. For more info on MixKnowledgy visit their twitter account at @MixKnowledgy

Matthew Penn is best known for his work on Law & Order. He is also the Executive Producer of Queen of the South and Director on Royal Pains. Moderated by Keren Robinson and Jade Voight, Matthew Penn shares wisdom from his journey in television and what it takes to make it in this business.

Matthew Penn is best known as the Executive Producer of Law and Order. He was the first panelist at the MixKnowledgy event held in Soho New York on January 12, 2017.

His career didn’t happen over night and Matthew talks about the hard work that goes into producing a television series like Law and Order. He is also the Producer on Queen of the South and a Director for Royal Pains.

Moderated by Gary Jenkins of NY Film Loft, these three seasoned actors candidly discuss their journey and longevity in this business . From auditions to being on set, we get a glimpse of what its like to work on major productions.

Bess Fifer is the casting associate known for her work on Daredevil as well as the award winning Stranger Things on Netflix. Bess gave actors the scoop on what it takes to make an impact on an audition at the Mixknowledgy Soho event in New York on January 12, 2017.

Ashton Fontana is a publicist at 42West and has managed campaigns for Meryl Streep, Daniel Day Lewis, Matt Reeves, Tom McCarthy’s Spotlight and Martin Scorcese’s Silence. Don’t miss her words of wisdom on what it takes to get the word out.

Michelle Kittrell is a talent manager that also joined this panel at the MixKnowledgy event in New York on January 12, 2017.

David Blackstone is a serial entrepreneur and the founder of New York’s first popcorn truck. He dropped in to the MixKnowledgy Soho event on January 12, 2017 at the WeWork in Soho. David wanted to share his story and of course bring everyone some of his amazing popcorn! What we learned was that being in the indie film industry isn’t so different from being an entrepreneur